Do you feel disconnected from your partner?
Have the kids taken up all of your energy?
Are the pressures of working and parenting taking their toll?
Has your desire for each other waned over the years?
Would you like to feel close again?

Couples often feel hopeless when love has disintegrated into arguing and pain, when they have become more distant and when intimacy is less frequent and less satisfying. When we feel insecure in our attachment with our significant other, we may experience fear, isolation and hurt. The need for connection and caring drives us to seek change and to gain back the attachment we once felt. Often, either partner expresses this desire for change with anger, protest, clinginess, despair, depression, and detachment.

Our preferred style of counseling is Emotionally Focused Thereapy (EFT). Sue Johnson, Professor of Psychology at the University of Ottawa, developed EFT. It is endorsed by the American Psychological Association as scientifically proven, with over 86% of couples reporting feeling happier in their relationships. Please read below to see how EFT can work for you. 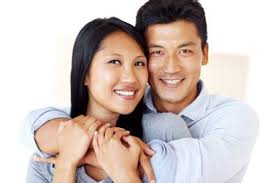 Western culture views independence as a virtue. We’ve been taught that a truly strong person doesn’t need anybody to survive and thrive. But being attached to your partner is actually a good thing.

In fact, a secure attachment underlies the strongest relationships. And both partners in such relationships tend to feel “calm, connected, centered and safe,” according to clinical psychologist Lisa Blum, PsyD, who specializes in Emotionally Focused Therapy and leads workshops for couples with her colleague Silvina Irwin, Ph.D. Also, a secure attachment helps partners as individuals, too. ““Good secure bonding helps you be bolder in the world and feel more empowered,” Blum said.

Founded by Drs. Sue Johnson and Les Greenberg, emotionally focused therapy or EFT draws on attachment theory, which asserts that humans are hardwired for strong emotional bonds with others. According to EFT, couples have relationship problems when they’ve “experienced emotional disconnection with their partner at key moments, which then leads to struggles” with negative cycles of criticism and anger (among other emotions and reactions). Therefore, the aim of EFT is to help couples overcome these negative cycles, re-establish their connection, and strengthen their emotional bond.

Research has shown that EFT is highly effective. “Seven out of 10 distressed couples [who seek EFT] show marked improvement, move out of distress and stay there,” Blum said. (The International Center for Excellence in Emotionally Focused Therapy website lists several noted research publications.)

What It Means To Be Securely Attached

A secure attachment signifies a successful relationship. So what does a securely attached couple look like? According to Blum, both partners in a secure relationship are able to tune into, identify and accept their own emotions and needs. They’re able to recognize when they’re feeling disconnected and distant from their partner and to speak candidly about their needs and emotions.

Take the example of a wife who’s working on several big projects at work, which take her away from home more and more. Her husband understands and supports his wife. The first week he’s perfectly OK with the situation. The next week, though, he starts to get uncomfortable. By the third week, he’s angry and “prickly toward her.” At this point, he considers his feelings and behaviors. He realizes that he’s feeling lonely and like work has become his wife’s number one priority over him. He’s able to tune into his feelings, identify them and accept them, Blum said.

(On a side note, many people, especially men, feel ashamed about feeling lonely or needing their partner. Again, there’s an expectation in our society that we shouldn’t need anyone. But remember that we’re hardwired for closeness. So don’t put yourself down for these thoughts and reactions.)

Trust is another part of a secure relationship. Both partners must be able to reach out to each other and trust that they’ll respond sensitively. Again, take the above example. The husband knows that when he talks to his wife about his feelings, she will care and listen to his needs and feelings. He’ll be able to be vulnerable with her and reveal that he misses her and ask her to make more time for their relationship.

In response, the wife may apologize and thank her husband for being honest. She also might suggest they hire a babysitter and enjoy a night out. In other words, she responds compassionately and appreciates that he can articulate his needs and emotions. As a result, he’s then comforted by her response and able to move on. So after such a conversation or series of talks, “the bond is restored and strengthened,” Blum said.

For many couples, the interaction goes awry when one partner becomes angry at having to ask for attention or care. And one or both of them “puts on the armor,” as Blum calls it. Instead of discussing their concerns and needs, they lash out. For instance, the husband in the above example might’ve said: “You haven’t been around for weeks. I’m taking care of the kids and you have yet to thank me. Do you think you don’t have a family anymore?”

“With this approach, his wife only hears anger and an attack, which causes her to defend herself—missing his hurt and then not able to respond sensitively to his need,” Blum said. Other times, partners will withdraw, she added. The same husband might think, “I don’t need her. I can be an independent person. I’m going to make plans with my friends. I don’t care if I don’t see her for another month.” “He then pulls further away from her and the rift between them widens,” she said.

Blum described EFT as giving couples a “new language and lens to understand their relationship, and offers a map for getting back on a closer, more connected course.” Distressed couples get caught up in a negative dance, where each reacts to the other, both perpetuating the negative spiral.

Blum highly recommended founder Sue Johnson’s book Hold Me Tight: Seven Conversations for a Lifetime of Love. It helps couples dissect their debates and dig deeper beyond dirty dishes and financial spats. That’s because, according to Blum, repetitive arguments are really about either one or both partners “not feeling securely attached.” Johnson calls these repetitive fights “demon dialogues.” “The first step to getting out of the negative spiral —the demon dialogue—is to chart out what’s happening.”

In one of the exercises in Hold Me Tight, Johnson helps couples see how their negative dance unfolds and how both are responsible for the arguments. Each partner describes their “steps in the dance:” “The more I _______, the more you _________.” Take the example of a husband who gets upset every time his wife invites her mother over to their house. The husband might say “The more I tell you that I’m mad about your mother coming over, the more you pull away from me, go into the office and shut the door and refuse to talk to me, then the more I demand you talk to me. You get angry and tell me what a terrible husband I am for not wanting my mother-in-law around.”

The wife might say: “The more I don’t include you on the decision to have my mom over, the more you feel angry and upset with me and give her the cold shoulder and then the more I just want to leave you in the dust and not even engage with you.”

According to Blum, “This mutual description gives both partners a chance to see what’s happening to them when they get caught in the negative dance and begin the process of changing the ‘music.’”

“If you’re chronically struggling in your relationship, take that as a sign that your relationship needs some care,” Blum said. This might mean reading a book like Hold Me Tight or seeing a couples therapist. If you’re interested in seeing a therapist who specializes in Emotionally Focused Therapy, check out the database on EFT’s official website.

Empathy in Relationships This is an excellent short film by Brene Brown on the importance of empathy in relationships.  Empathy can greatly reduce the amount of conflict in an individuals life.  Anger is often expressed when people do not feel like they are being... 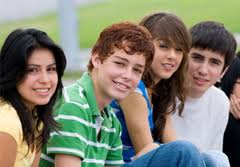 Adolescent Counseling Many adolescents today have problems and are getting into trouble. After all, there are a lot of pressures for kids to deal with among friends and family. For some youth, pressures include poverty, violence, parental problems, and gangs. Kids may...